Project involved replacement of an old air cooler with the new 150 ton air chiller with no building downtime which was critical for the concert equipment (organ) inside the building that requires keeping air conditioned temperature at constant level. This major chiller update increased efficiency of the cooling system in the concert facility. 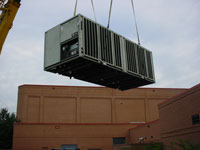 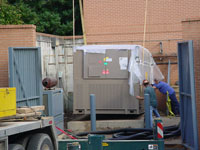 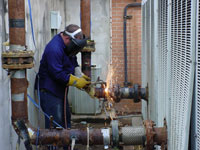 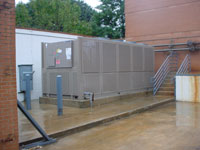