A Conversation with the President

Tim Hynes is the first to admit that he doesn’t like dwelling on the past. He prefers to focus on what the future could hold. For the last 10 years, Hynes has led Clayton State University through transformation—an increase in students, the opening of more academic buildings and the expansion of student housing. Hynes was interim president in 2009 and began his tenure as permanent president the following year. He spoke with Laker Connection about his work at the university and his outlook on where the university will go next. 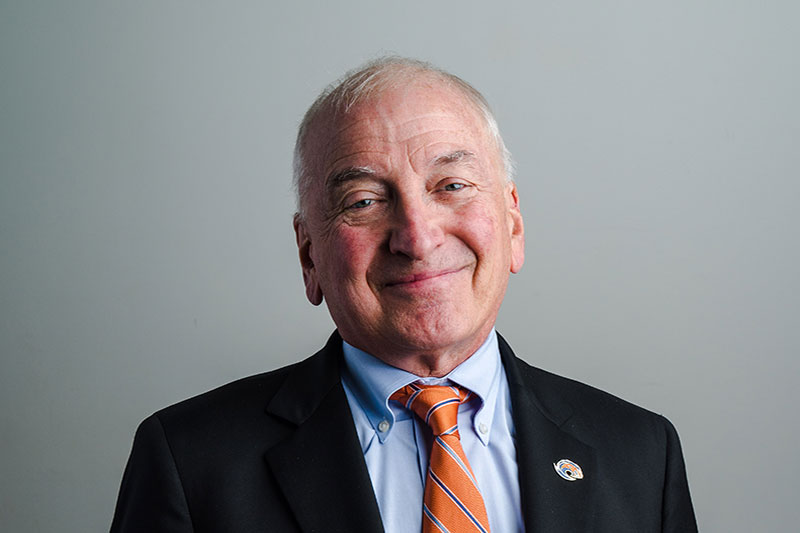 Laker Connection: What is your vision for Clayton State?

Hynes: The place to start in talking about our vision and our mission is our belief that a university’s core business is learning. The usual understanding of that learning is the learning of student, but faculty and staff must continuously participate in the learning process so the learning experiences for our students can accommodate a changing external environment.

University-based community engagement [also] is meaningful. We think one of the special things that emerged for our institution over its 50 years has been a close connection with the community from its origins, in which the community taxed itself to have some startup dollars for the siting of this institution in Clayton County on Swan Lake, to the notion that the learning that we can create here can be applied in really specific and meaningful ways to the communities that surround us in the south metro Atlanta area.

LC: Over the past 10 years, have you accomplished what you set out to do?

Hynes: Institutions accomplish things. Leaders create the conditions in which the institution can work collectively to facilitate those accomplishments, and leaders can sometimes be effective at finding partners who will support visions and missions of an organization to accomplish those goals. And so, the university has accomplished a bunch of things over the last 10 years, probably best demonstrated by the 10-11% increase in graduation rates in the 10 years since we’ve arrived. 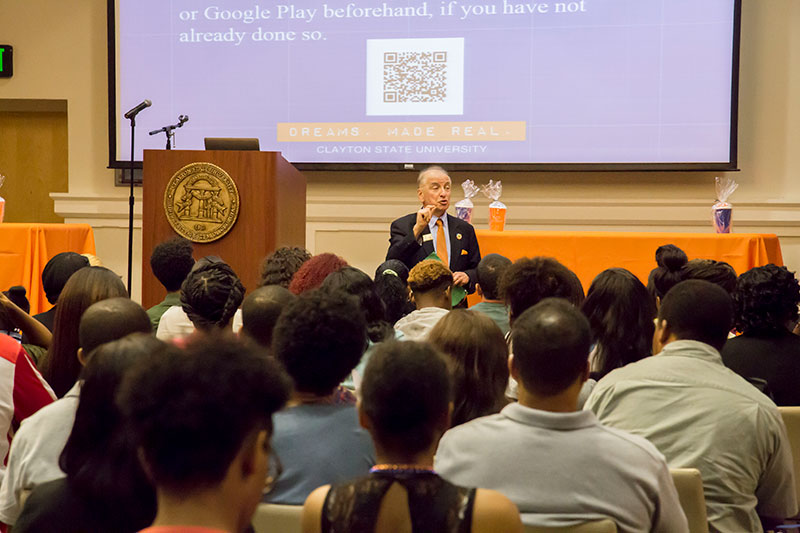 There’s been wonderful support from our funding partners at the office of the University System [of Georgia] as well as the [Georgia] General Assembly and several governors in the construction of the Lakeview Discovery and Science Center, a science lab annex, the complete restoration of what we now call Magnolia Hall, two-thirds of which was [previously] unusable, the complete renovation and a doubling of useful size in the library, a road connecting the east and main campuses, and the complete renovation of the east campus.

LC: What has been your proudest moment while you’ve been at the university?

Hynes: The thing I point to most frequently is the inclusion of Clayton State by an article in the New York Times this past May as one of 10 institutions with the greatest level of graduation rates for students above what would have been expected based on the income and other characteristics of the admitting class. That was the manifestation of first, the most important thing that we can accomplish, which is student success, and second, some external validation the actions we took to change advising to be intentional in identifying students with challenges and to create support systems to meet those challenges had come together.

LC: What do you think the future holds for Clayton State? What’s next?

Hynes: It’s hard to predict. We know that all of us are going to be using significant levels of data analytics in order to utilize the large datasets universities have in new ways to create the support for what students are learning. Degree programs will likely change to a whole array of just-in-time learning [specific information or knowledge sets that are required by somebody externally in a given timeframe].

One of the things that universities do incredibly well is provide [professional] credentials. What will be interesting to see is what credentials will look like, even 10 years from now, and [if] that accumulation of certificates will be the way in which we determine who has a degree and who does not. I think we’re in amazingly exciting times.

LC: How do you think academics at Clayton State will change?

Hynes: Learning is a constant. The means by which learning is accomplished may change. The growing emphasis on analytics in our College of Information and Mathematical Sciences as well as in our College of Business is adapting to the notion that we will be more fanatically driven by data. Those are examples of what I think the future will bring, a continued evolution of programs focused upon our ability to serve students who are looking for applications of learning that will serve them well in an external environment,in the public, private and nonprofit sectors where they’re going to get jobs. 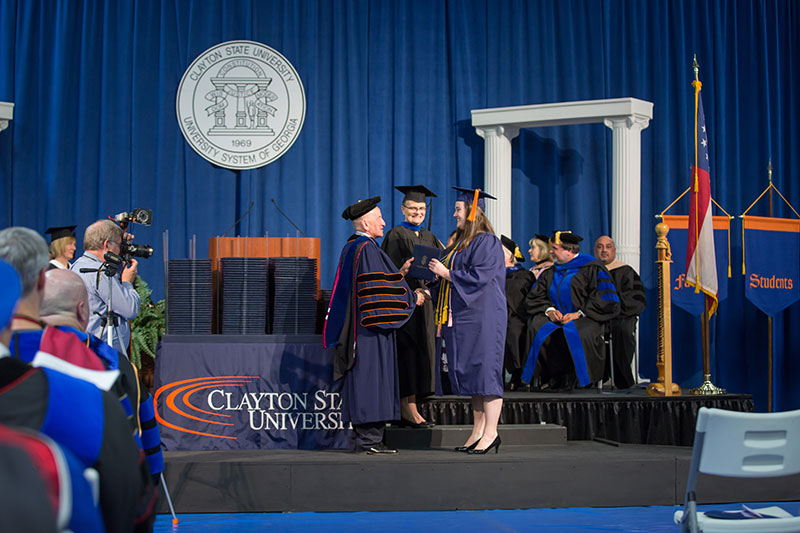 LC: In the future, what do you want people to remember about your time as president?

Hynes: Things happen while you’re here that until they break down, people won’t recognize that they were there. The first year I arrived for instance, there was a discovery—this was the year after Laker Hall opened in 2008—and one of the things that hadn’t been accomplished was the expansion of water pipes and water delivery system.

Students in a residence hall take showers and flush toilets, and the demand on water for the campus was greater than what it had been before we had a residential presence; and so, I thought for a while when I was interim president that the legacy I would leave would be digging a hole, taking out an old pipe, putting in a new one and then filling the hole back up...I use that as an illustration that it’s unclear what will be left as a legacy.

We think one of the special things that emerged for our institution over its 50 years has been a close connection with the community from its origins, in which the community taxed itself to have some startup dollars for the siting of this institution in Clayton County on Swan Lake, to the notion that the learning that we can create here can be applied in really specific and meaningful ways to the communities that surround us in the south metro Atlanta area.

I hope I leave Clayton State with a constant and continuous focus on student learning as the hallmark of what this institution will accomplish; and I believe that in a time of amazing change and with increasing demands for innovations in education, that it will be that centering of the university, regardless of what students we serve, their demographics or the careers for which we will be asked to prepare those students. Focusing on learning will mean that the institution will continue to be a force in south metro Atlanta.