(October 3, 2019) - The Clayton State University chapter of the Society for the Advancement of Management earned several awards at the annual SAM business case competition in April. 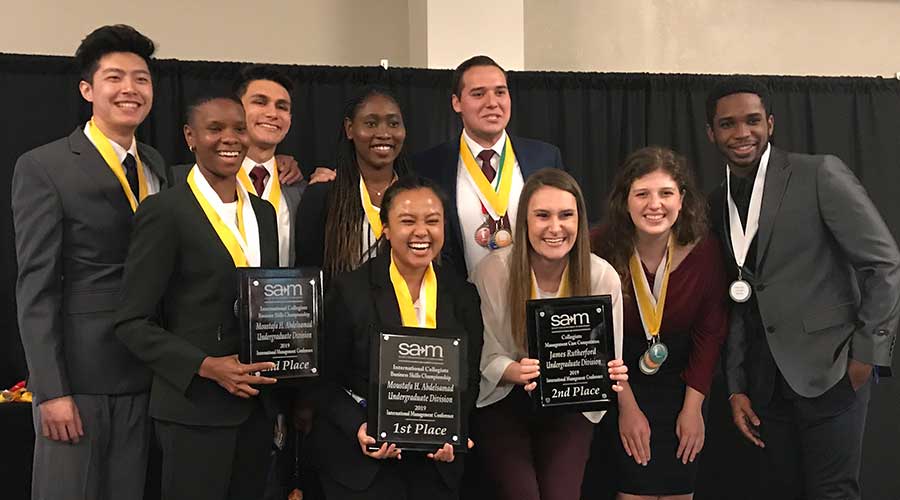 “I would like to thank our colleagues at the College of Business for encouraging their most talented students to participate in SAM case competition team and their words of encouragement for us throughout the past few years,” said Dr. Reza Kheirandish, associate professor of economics. “Many thanks to all staff for their support as well, providing the team with all they needed. A special thanks to Dean Chacko for making the travel possible for the team.”

The team worked prepared for the competition two months before and developed a financial and SWOT analysis that offered recommendations both in the short-run and long-run for the “Hard Rock Café” business case, according to Kheirandish. The team also participated in the Business Knowledge Bowl.

And two of the students, Obiekwe and Tran, participated in the speech competition where they were given a topic or problem and 30 minutes to prepare a five minute speech about the subject.

“I am very proud of this team specially because the difference between the first and the last team is not very much in this competition,” Kheirandish stated.