(January 25, 2022) -Spivey Hall, located on the campus of Clayton State University, has selected Katherine (Katie) Lehman as its third executive and artistic director. Together with Clayton State University President Dr. T. Ramon Stuart, the Walter and Emilie Spivey Foundation Board of Trustees, and Spivey Hall Friends, she will carry forward Spivey Hall’s 30-year legacy of artistic excellence and international acclaim in a world-class venue, with stellar educational opportunities and community building across campus and beyond. The 400-seat, acoustically superior performing arts venue has presented the best in classical, jazz, and world music to the southern metro Atlanta area since 1991, drawing audiences from across the nation and serving as the performance venue for the music students of Clayton State University. 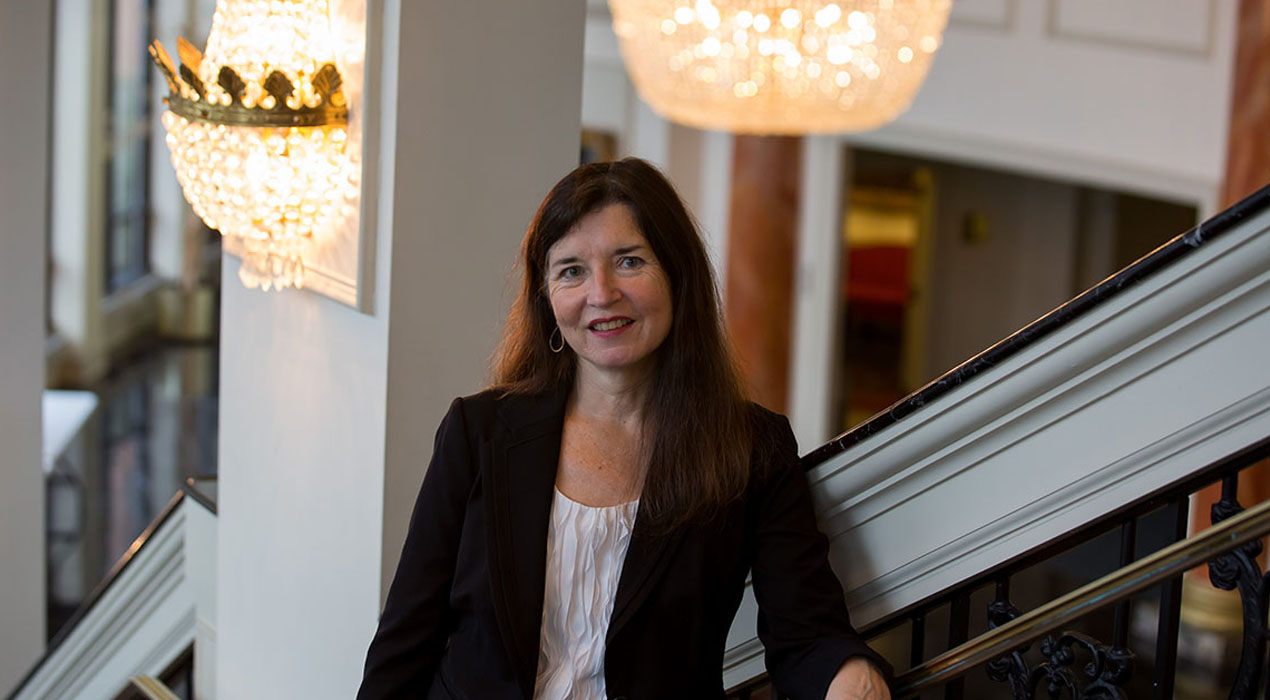 “Ms. Lehman’s depth and breadth of experience as an accomplished musical artist, educator, and performance venue leader will be a fantastic asset to Spivey Hall at Clayton State University,” said Dr. Stuart. “She will enhance our community footprint with both seasoned audiences and aspiring youth. We envision cultivating a new generation of concert goers who will return to Spivey Hall for a lifetime.”

Spivey Hall’s new leader brings a vibrant vision for music in American communities in her multi-faceted work as an arts leader, violinist, composer, and educator. She will fulfill Spivey Hall’s mission to present performances through music education programs developed in collaboration with educators, all of which address the needs of the diverse communities it serves.

“My experience across the performing arts amplifies my belief that centering creativity in our communities elevates and empowers us all, and that the arts should be open, invitational, and equitable,” said Lehman.

Lehman comes to Spivey Hall from the Atlanta Symphony Orchestra where she served as interim artistic manager for the 2021 return to live concerts. Previously, she served as executive director of the Boulder Philharmonic Orchestra, where she expanded the season and restored the orchestra’s financial health. Her work to commission new music, develop digital initiatives, and expand access and educational programs led to impactful grants from the National Endowment for the Arts and the League of American Orchestras/Getty Foundation. She also served on the faculty of the University of Colorado Boulder, teaching in the Entrepreneurship Center for Music.

Prior to her time in Colorado, Lehman worked for 20 years at The University of the South (Sewanee). As director of the Sewanee Summer Music Festival and the Sewanee Performing Arts Series, she brought unprecedented artistic and financial growth with a new educational model rooted in innovation, access, and engagement. Her work garnered multiple NEA grants and an American Society of Composers, Authors, and Publishers Adventurous Programming Award. She also served as the vice president of Tennessee Arts Presenters.

As a faculty member in the Sewanee Department of Music, Lehman performed extensively as a soloist and as part of the St. Luke’s Trio. She was a core member of the Nashville Chamber Orchestra, recording on Naxos and Sony. A recording artist on Nashville’s Music Row, she appears on hundreds of recordings, film, and videogame scores.

Lehman studied at the Eastman School of Music at the University of Rochester, the University of Kansas, and Northwestern University with teachers Gerardo Ribeiro, Victor Yampolsky, Shmuel Ashkenasi, and Zvi Zeitlin. She performs on an 1874 J.B. Vuillaume violin.