Keeping the past alive set theme for Arbor Day at Clayton

(April 16, 2019) - Clayton State celebrated Arbor Day on April 11 with an annual ceremony and a tree planting at the Athletics Center. 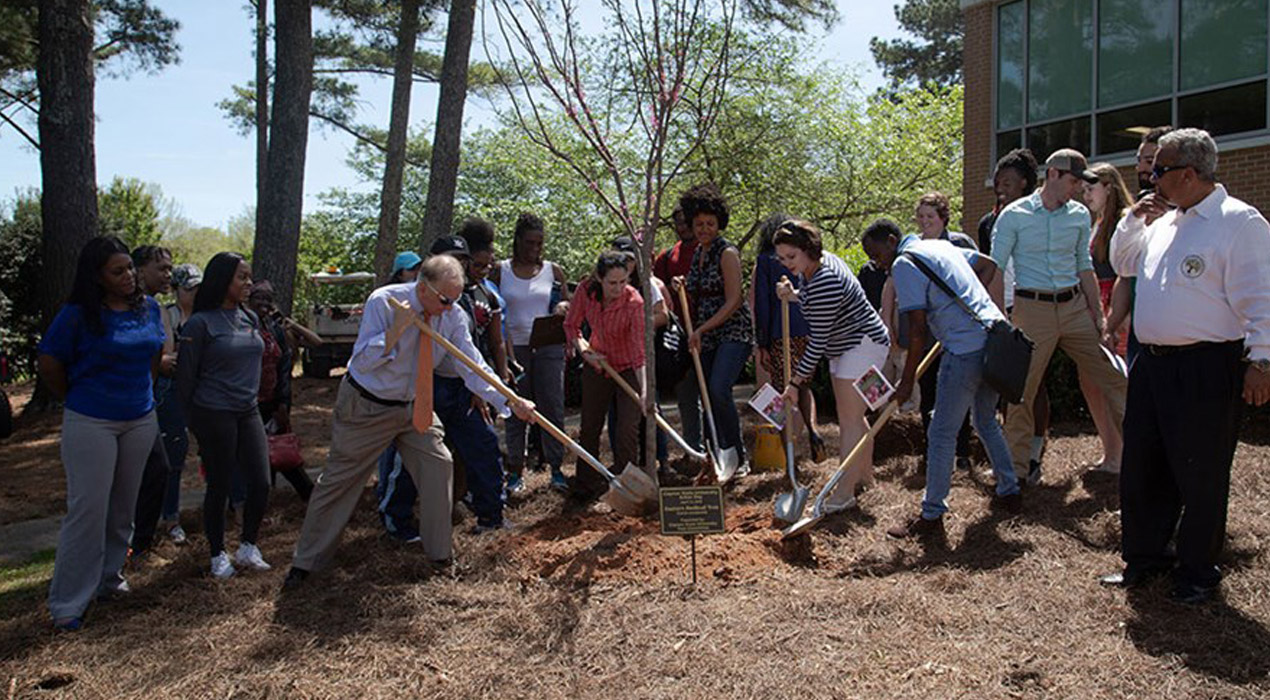 Art Morris, an ISA Certifies Master Arborist, spoke about the nature of trees as recorders of time that has passed. He said that it was not only important to preserve trees by merely planting them, but it’s also important to care for the soil from which trees are rooted. 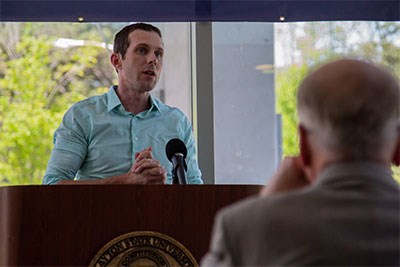 “Looking at a tree, you’re looking at decades, maybe centuries, into the past,” he said. “The tree captures time in a way that no other organism can.”

This year, faculty, students, and staff planted the Eastern Redbud Tree near the Athletics Center. The tree is native to North America and Canada and was noted by Spanish explorers as being cousins to a similar tree species found in the Mediterranean region in Europe.

George Washington was known to write about the beauty of the tree in his diary and spent many hours in his garden transplanting the seedlings obtained from the forest near his home.

The rosy pink flowers of the Eastern Redbud appear in April. The reddish-purple leaves change to dark green, then to yellow.