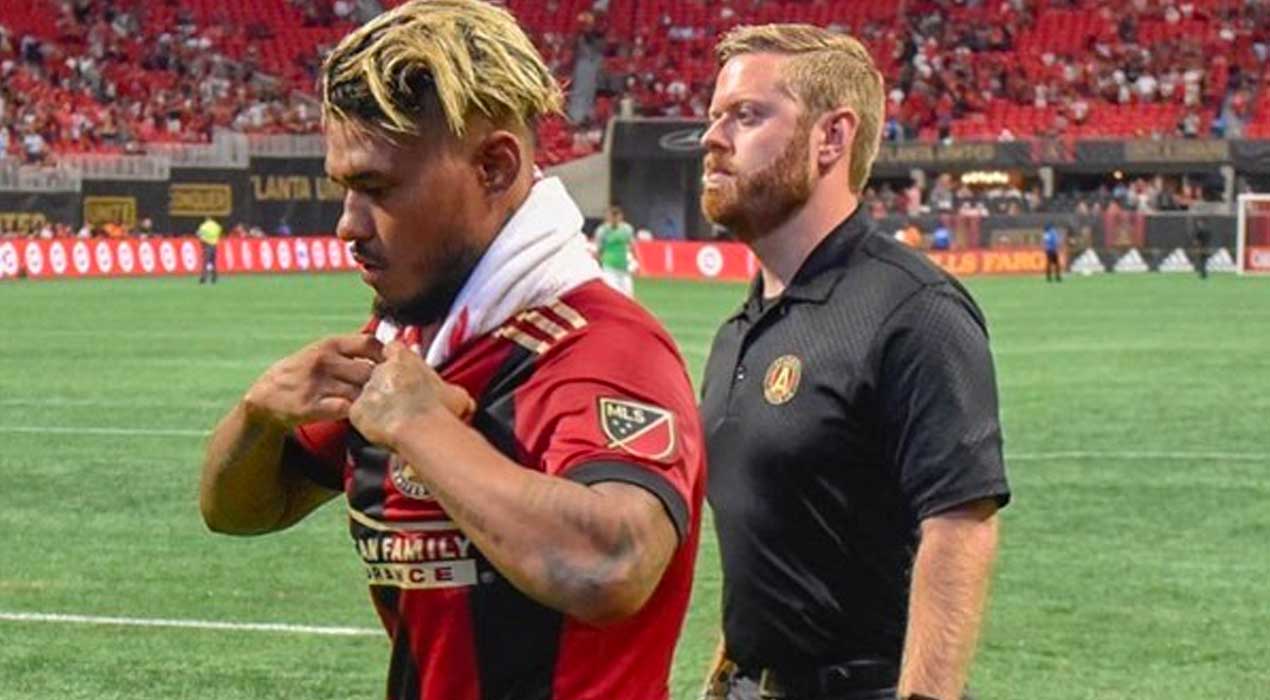 “I lived through the Braves, Hawks, and Falcons. If Atlanta had a curling team, I’d be in the front row cheering at the top of my lungs,” Scott says.

Getting to this point, though, has taken Scott on a couple of turns. His educational career began at another university where he was studying business. After discovering business was not his passion, he spent some time soul-searching for the right path for his career. It took recalling his dreams as a child to decide where he would go next.

“I remembered my days as a child and how I idealized police officers,” Scott remembers. “I took some advice from my five-year-old self and set my sights on being an officer.”

Scott eventually embarked on his journey in law enforcement by joining the Forest Park Police Department. While still a member of the department as a reserve, he remembers his tenure as a full-time police officer fondly.

“There is simply no more rewarding feeling after a long day of work than the feeling of making a positive difference in someone’s life,” he says.

While serving with Forest Park PD, Scott thought about returning to college to complete his degree. He knew it wouldn’t be difficult as he was working nights as a crime scene investigator.

After approaching his chief and Clayton State adjunct professor Dwayne Hobbs about his college aspirations, Scott knew Clayton State would be the right fit for him.

As a non-traditional student with a full-time job, Scott faced the same academic challenges many traditional Clayton State students face. But he had professors who were empathetic to his hectic work/school schedule and walked him through the plan to complete his degree.

As Atlanta began preparing for the first season of Atlanta United soccer, a close friend of Scott’s told him about the team security manager position. With his aforementioned love of sports and the skill set he had built on the police force and at Clayton State, he applied and began working with the organization in September 2017.

On match days, you can find Scott on the pitch (soccer term for “field”). He says he plays a critical role for the organization and all those in attendance.

“With as many moving parts as a professional sports team has, it’s a huge responsibility to ensure the safety of not only the players, but staff, fans, and assets of Atlanta United,” Scott notes.

Scott spends most non-match days at the Children’s Healthcare of Atlanta facility in Marietta, where Atlanta United practices. There he puts together plans and procedures to keep everyone safe.

He recognizes the excitement Atlanta United has generated and is proud to be a part of its success.

“Our team of players are amazing, but the organization is the best in the business. Attendance records, executive awards, business awards, security awards, fan experience awards––you name it and Atlanta United has received it. It’s fun to be at a winning organization,” Scott says.

Once the Atlanta United season is over, Scott will be preparing to work alongside other law enforcement and security officers for Super Bowl 53 at Mercedes-Benz Stadium.

In addition to his professional responsibilities, Scott also serves Clayton State as a member of the Alumni Board of Advisers. In joining the Board, he hopes to make an impact on the institution that made such an impact on him.

“I want to ensure there is a network to connect these amazing professionals to help each other in furthering careers in success.” He continues by saying, “I would like to bring more graduates into the Alumni Association and build programs to help current students get connected with alumni and become successful graduates.”

Scott encourages other alumni to become more involved with the Alumni Association.

“The Alumni Association is a group of successful professionals who have a passion for seeing other alumni succeed. What makes me proudest of the Association is the professional guidance members are willing to pass on to their colleagues and fellow alumni.”

If you are interested in becoming a member of the Alumni Board of Advisers, or know someone who would be a good candidate, please complete the Nomination Form.