The Greatest In Mind

(November 5, 2019) - Clayton State University wrapped its first-ever comprehensive campaign with a strong finish. The Greater In Mind campaign raised $15,783,653, exceeding its original goal by more than $3 million. The momentous occasion was commemorated during the University’s 50th-anniversary celebration held on Oct. 25. 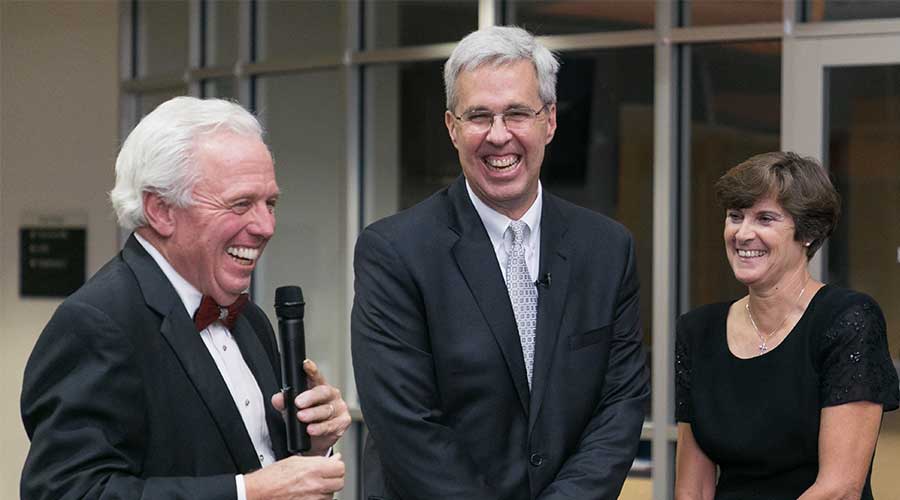 “A campaign had to be based on the notion that the work of the campaign would signal support for a university that had already demonstrated itself not to be needy, but to be worthy,” said Dr. Tim Hynes, president of Clayton State University. “This event celebrates is what is an exceptional achievement on behalf of the institution, its present and, more importantly, its future.”

Greater In Mind was launched in 2017 as part of the University’s strategic plan goal to enhance the institution’s ability to support students seeking to complete their education by limiting the burden of tuition costs.

Led by former Vice-President of University Advancement Kate Troelstra, a goal of $12 million was originally set for the campaign. Within the first year, $4 million had already been raised. Hundreds of generous donors made up of faculty, staff, alumni, community leaders and members of the Clayton State University Foundation increased giving efforts each year through support of the annual fund, endowed scholarships and #Give4Dreams, Clayton State’s day of giving.

“When I went through college, there was a group of foundation board members that raised money and found a way to help me pay my way through college,” Leonard Moreland, CEO of Heritage Bank and chairman of the comprehensive campaign committee. “So, my whole desire in my working career is to pay that back and pay it forward at the same time.”

Corporate gifts from the Coca-Cola Foundation, Mailchimp and JDA Software topped $1.47 million and helped create new scholarships and academic programming for first-generation, female and minority students in the areas of computer science and supply chain.

As a result of all the fundraising efforts, Clayton State was awarded the 2019 CASE Educational Fundraising Award by the Council for Advancement in Support of Education. The institution was recognized as one of 90 colleges and universities who demonstrated excellence in fundraising.

“This is just the beginning. Having launched and surpassed the campaign goal for Clayton State’s first ever campaign, we’ve been able to meet the needs of current students and also create scholarships and resources for tomorrow’s students,” said Chase Moore, vice-president for University Advancement and External Affairs. “South Metro Atlanta is on the verge of significant growth and Clayton State is better positioned to support the needs of our growing communities.”