Nathan T. Anderson, a 32-year-old sophomore at Clayton State University, says his greatest joy in life is life itself.

“Even on my birthday, I tell people whatever money they plan to spend on me, keep it. Just pay a bill. I already have my gift. I woke up,” he says. “Life itself is wonderful. There are a lot of ups and sometimes you have downs, but it is worth it.”

Anderson indeed has had his share of ups and downs. At the pinnacle was landing a role in the 2018 blockbuster “Black Panther” as a Border Tribe warrior with actor Daniel Kaluuya playing the leader. He appears in two scenes toward the movie’s end in the last battle between the tribe and the Black Panther. 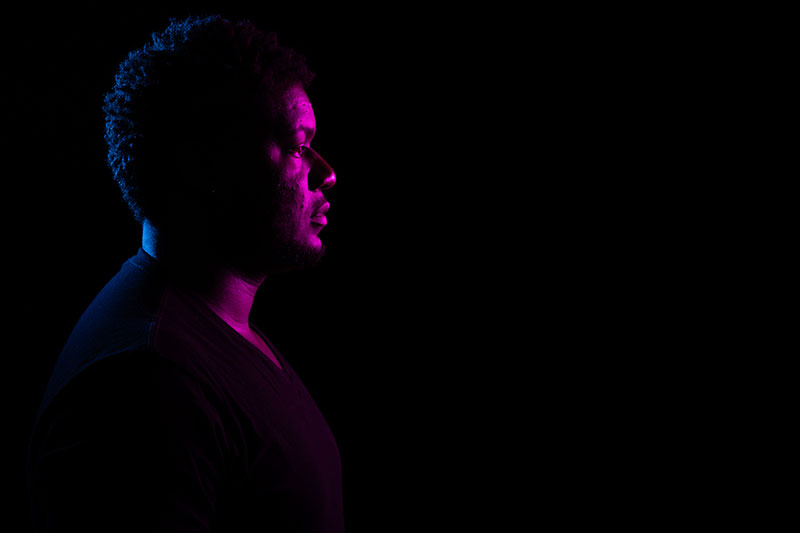 A native of College Park, Anderson dabbled in acting in high school and during his time at Fort Valley State University.

In 2007, at the age of 20, Anderson dropped out of college and enrolled in the United States Marine Corps, in which he served as a Military Operation Specialty 035 also known as an infantry assault Marine. Anderson spent time in 20 countries, including Iraq and Afghanistan.

He returned to the U.S. after an honorable discharge in 2016 as a disabled veteran due to PTSD, a gun wound and injured knee for which he’s had surgery. He sought help from the U.S. Department of Veterans Affairs in taking his next steps in life.

“After so many hours of counseling for PTSD, I wanted to get back into acting,” Anderson says. “I loved the performing arts. I like the art of it, not just acting or becoming famous.

“You get to express yourself. I never got a chance to express myself when I was in the military because I had to follow orders all the time. You feel the way they want you to feel.”

“Now I have a chance to express myself here at Clayton State University on stage being a thespian and a theatre major.”

Anderson says before he had enlisted in the military, he was socially awkward.

“I thought the military was going to be easy for me because all I had to do was take orders. You don’t have to make friends,” he says. “But once I had been overseas in all of those gun fights, I finally saw how important it is to express yourself and come together as one to accomplish a certain goal. That’s what got me into acting.”

In 2017, Anderson landed a background role as a shadow warrior in the TV show “Valor,” filmed in Atlanta and aired on The CW. In November of that same year, he began filming for “Black Panther.”

Anderson says he was “amazed” by his two-week experience during the film shoot for his scenes in the Marvel film.

“It takes a lot more work than people think to prepare for a role, especially if you have to do some fighting,” he says. “You go for your hair and makeup, and they have your costume to put on. After that, you go on set and recite your lines. People are coming with umbrellas to shade you or are fanning you, giving you water.

“Between takes, you’re with A-list actors like Michael B. Jordan and Daniel Kaluuya and they’re just amazing. During lunch, they joined us. The B- and C-list actors wanted to talk to us. We had surf and turf every day. I got paid very handsomely. I thought man, I could get used to this.”

After acting in “Valor” and “Black Panther,” Anderson says he wanted more out of his acting career. He started spring semester classes at Clayton State University in January of 2019 on the Post-9/11 G.I. Bill and is majoring in theater and performing arts.

Anderson says he chose to attend Clayton State University for its reputation of offering a good visual and performing arts program. Anderson also credits Georgia for having a robust film industry, referencing Atlanta’s reputation as the “Hollywood of the South.”

“All of the acting professors are awesome,” he says of Clayton State’s theatre faculty, adding his studies have helped him hone his skills for stage and film auditions. Anderson is now setting his sights on an opportunity to work with Marvel again. He’s been picked for a role in the sequel to “Black Panther.”

“I want to be a more notable actor,” says Anderson. “I want to get to the point where at least I could do whatever film production I’d like to be in.”

Anderson advises others to take pride in anything they seek to do.

“Don’t wait on anybody to do what you want to do,” he says. “Success is on the other side of fear. All you have to do is take that first step.” 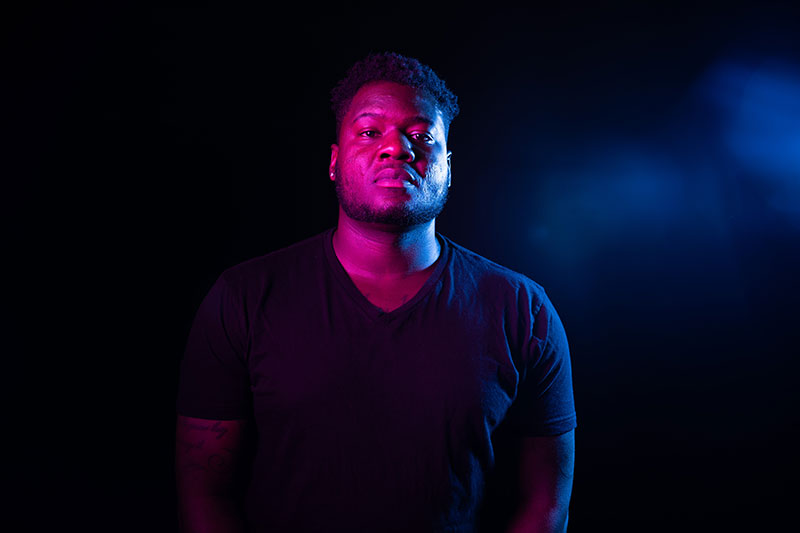 He says he hopes his experiences acting will positively impact other young people who want to start acting on film or stage.

“A lot of those artists out there busted their butt to get there, just like me, and it’s well-deserved,” he says.

Anderson’s biggest challenge in life is staying focused while balancing a busy schedule that includes schoolwork, his acting career and participating in roller derby.

“I have no breaks in between,” he says.

Anderson draws his strength from inspirational quotes. He cites Malcolm Gladwell’s theory that it takes 10,000 hours to master something.

“Once I get those hours in, I know what I’m capable of,” he adds.

By putting in the work, Anderson intends to use his power to change the world. These wise words from Muhammad Ali motivate him: “Impossible is just a big word thrown around by small men who find it easier to live in the world they’ve been given than to explore the power they have to change it.”