Nkarra Thompson has big plans for her future. As one of the newest students to be accepted to Clayton State University’s nursing program, she will join a special group of healthcare professionals whose careers are centered around a philosophy of care.

Nkarra’s passion for caring for others was fostered from an early age. Growing up, the Stone Mountain native would hear her grandmother’s stories of working as a registered nurse. To many of her patient’s, Nkarra’s grandmother was a hero. Inspired, Nkarra decided to pursue the career herself.

“I always knew in my heart that I always wanted to be in the medical field,” she says. “The human body is a fascinating thing to learn about.” 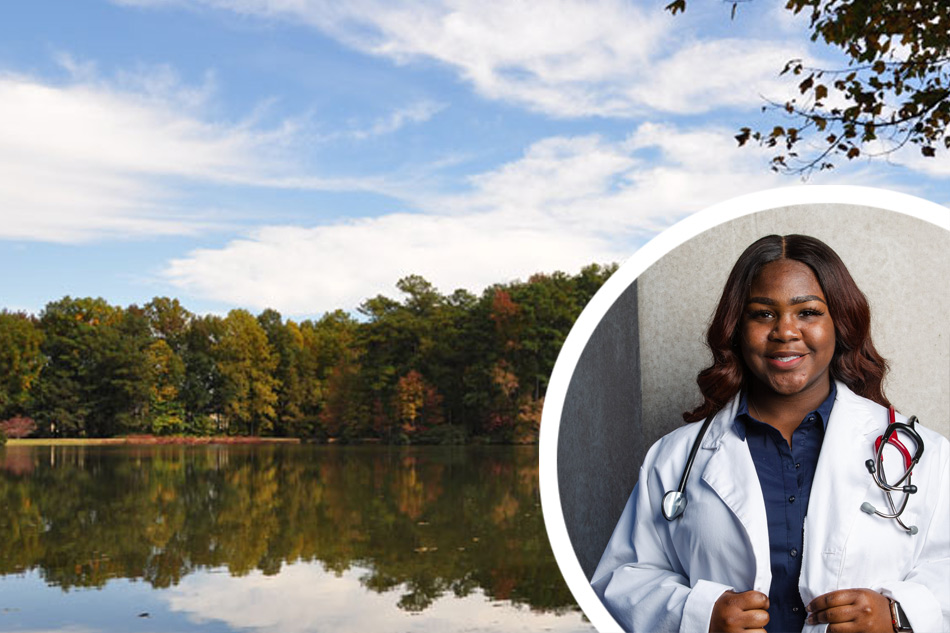 But it was a lifechanging setback for Nkarra’s family that solidified her desire to be a nurse. Her mother became ill with Lyme disease, a tick-borne illness that results in a bacterial infection and a rash. Nkarra had to quickly become responsible for her mother’s care.

“This particular part of my life was very challenging, especially at a young age,” Nkarra says. “But through prayer, we were able to overcome this challenge. This taught me that caring for someone can be tough, but if you are passionate about what you do then others will see it too.”

"I always knew in my heart that I always wanted to be in the medical field," Nkarra says. "The human body is a fascinating thing to learn about."

Those experiences, coupled with her grandmother’s advice to “follow your dreams and never give up on your true passion,” helped Nkarra to see nursing as a serious profession with a rewarding future. Not only did she finally find something she was good at, but nursing became something she loved doing.

“To me being a nurse means that you have to be dedicated in what you are doing, and you have to have people to be able to trust you with their life,” she says. So far, she has been an active student on campus, earning the National Engaged Leader Award as part of the National Society of Leadership & Success. She also makes time between her studies to work an on-campus job in the University Advancement office.

Ultimately, Nkarra enrolled at Clayton State University, where she has found a supportive learning environment and professors who are committed to seeing students get into their chosen professions.

So far, she has been an active student on campus, earning the National Engaged Leader Award as part of the National Society of Leadership & Success. She also makes time between her studies to work an on-campus job in the University Advancement office.

“It’s important to stay involved on campus because later on in the future it can open up opportunities,” Nkarra says. “Also, what you do on campus can be very helpful to put on your resume to give yourself a good look. College is all about making memories with those around you.”

Nkarra will graduate in 2020 with a Bachelor of Science in nursing. Her mission in life, she says, is to be able to touch as many lives as possible and offer a positive outlook to her patients and their families.

“As a nurse, I want to be able to make everyone feel that they can trust me to take care of their issue,” she says.