But he’ll be the first to tell you that his job is not as glamorous as it may seem.

"A lot of the time, people think the uniform looks cool and we get to drive a police car," he says, "but it's a strange feeling when everyone is running away from danger and you're running to it."

Taylor has served as part of the University's Public Safety division for the past 14 years and risks his life every day to ensure the protection of those on campus.

"It's difficult, but rewarding as well," he says.

Taylor did not always want to be a police officer. In fact, as a young man growing up in Orlando, Florida, he didn't have the best interactions with law enforcement.

"My exchanges with police weren't that positive," he says. "They weren't very positive at all."

After being falsely accused of a crime, a run-in with a particular officer forever changed Taylor's outlook on the profession.

"He was willing to go the extra mile to prove I didn't do it. He was very fair, very consistent, not judgmental," Taylor recalls. "It was very refreshing to see someone different from the others. From that, I was inspired to take the public safety route." 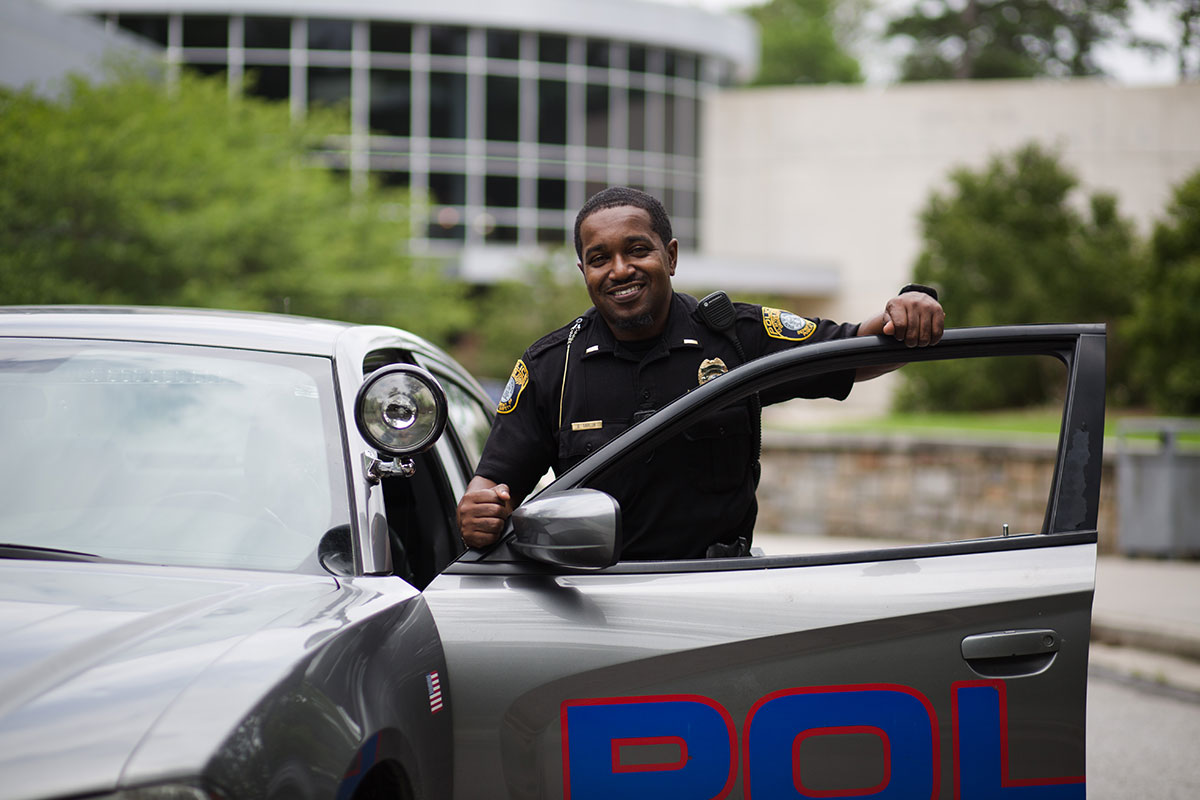 "A lot of the time, people think the uniform looks cool and we get to drive a police car," he says, “but it’s a strange feeling when everyone is running away from the gunfire and you're running to it."

Before working at Clayton State, Taylor served as a corrections officer. He was in the process of transferring, when a colleague recommended the University's Police Department.

"He said, 'give it a year and if you don't like it, you can always leave, but I guarantee you'll like it," Taylor recalls. "So I came and have been here ever since."

Taylor acknowledges that there is a growing lack of trust between officers and civilians, but he tries to change that notion by showing fairness and professionalism.

"Police officers are held to a higher standard," he says. "They should be fair when they pull you over—listen and be professional. They are there to help and assist you not to judge you."

Since he arrived in 2003, Taylor says the most fulfilling aspect of his job is to witness Clayton State students grow, graduate and step into their careers.

"You get to know the students," he says. "You see them later on, once they've graduated and you think maybe you did have some type of influence on what they are doing. You kept them safe."

After more than a decade on the University's police force, Taylor remains passionate about serving and protecting others. For him, it is a lifelong calling that he proudly accepts.