More than 50 voices harmonize, lifting their voices as one beautiful sound in concert halls and performance venues across the globe. From China to Scotland to Canada and the U.S., Spivey Hall’s Children’s Choir connects with music lovers through song.

The Tour Choir is the select ensemble of the Spivey Hall Children’s Choir. Each year, the students undergo a rigorous rehearsal and performance schedule that culminates in a national, international or give-back tour in the summer.

As ambassadors for the State of Georgia and Spivey Hall, the choir packs its bags and embarks on an adventure that is as much about the cultural experience as it is about the music.

For many of the students who participate, performing in front of foreign audiences offers a chance for them to reach people from different backgrounds and create an emotional connection that transcends race, ethnicity and culture.

“Spain was probably my favorite international tour because of the emotional connection made with our audiences,” says Madelyn Montgomery. “It really proved to me that music speaks beyond language barriers. Every single one of us poured our hearts into our performances and it paid off to see the tears, joy, and thankfulness of our audience.”

Beyond the actual performance, international trips mean choir members can spend time sightseeing and learning about the country they are visiting. Whether it’s going to the Great Wall of China or a cathedral in Europe, these trips offer memories that last long after the students return home.

“The thing that makes Spivey Children’s Choir tours so great isn't the places we go or the things we see. It's the people we get to experience it with,” Wendelburg says.

“I'll never forget what it was like to experience a different culture and share our music with people across the world,” says Hannah Pulliam.

The experience of being in Spivey Hall’s Tour Choir is not limited to transatlantic voyages. The choir also sings in venues across the U.S., which offers students a chance to spread quality music throughout parts of the country in which they live.

This past summer, the Tour Choir experienced a multi-day tour in San Diego, CA. The choir sang The Star Spangled Banner to military service members stationed on the USS Midway, which Cardell Smart, felt was the highlight of his trip.

“The men and women who have served on the USS Midway are one of the reasons we can call America ‘the land of the free and the home of the brave,’" Cornelius says. “While we sang, I felt an overwhelming sense of pride as an American.”

The summer of 2016, the Tour Choir was invited to perform as a solo ensemble for a ticketed concert at Carnegie Hall. The concert also featured a high school choir from New York as well as a select honor choir.

“We all had given that performance 100 percent of our effort, and it was an amazing feeling to be able to unite the thousands of people in the hall with a universal love language: music,” says Elise Wendelburg.

Even more rewarding for the Tour Choir is the ability to use the gift of music and song to entertain and connect with an older generation. Choir members overwhelmingly say the Give Back Tour is their most cherished experience.

During Give Back Tour, the Choir spends time in senior living communities bringing the joy of music to those no longer able to attend concerts. The choir spends time learning music from the audience’s generation, creating a repertoire of pieces that seniors may sing along to, with Choir members occasionally joining in to sing right next to them. 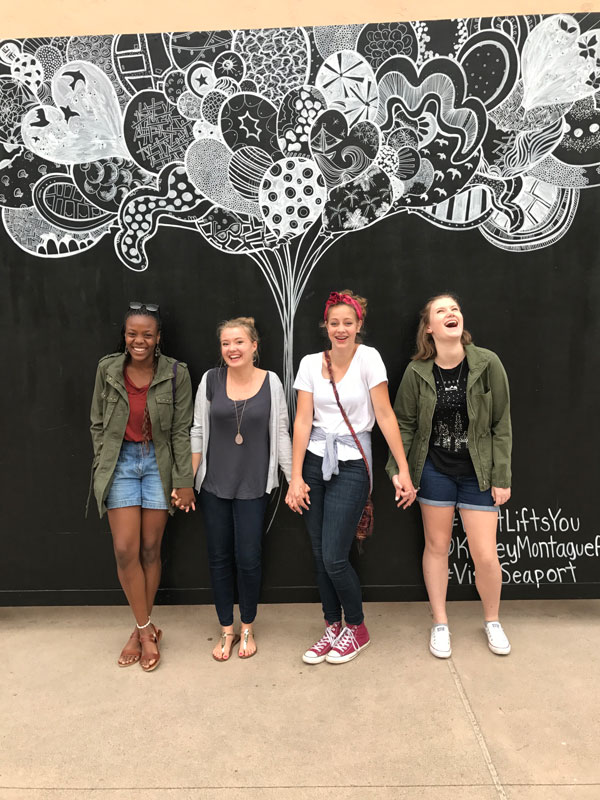 “It really proved to me that music speaks beyond language barriers.” –Madelyn Montgomery 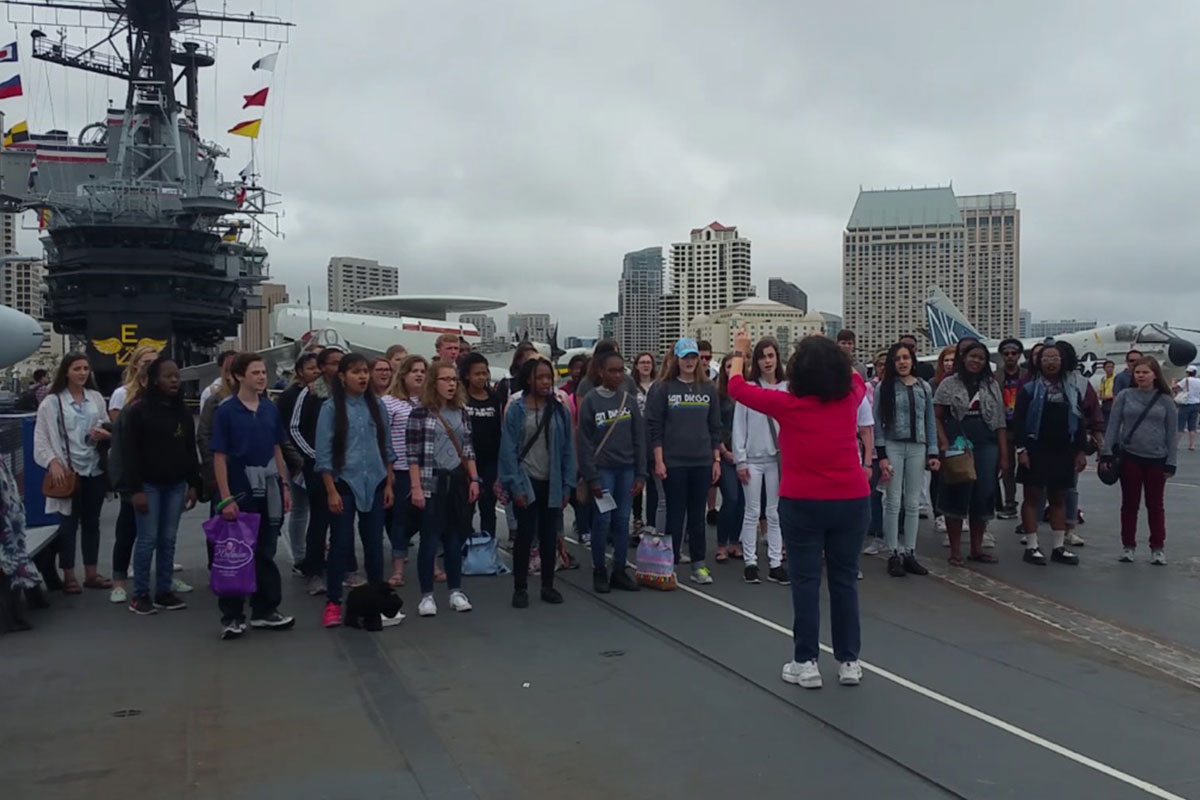 “Performing for those beautiful people in the senior centers was both humbling and life changing as we ‘gave back’ music as a gift,” Pulliam says.

The Give Back Tour not only is a memorable moment for the seniors, but also for the family, Shaw says. At a past performance, Shaw remembers, a family expressed their gratitude and said their parent lit up during the concert singing every word, marking it the first time in years they had said a word.

“The joy on the seniors’ faces as we walk into the audience and start singing songs from their generation is indescribable,” says Suzanne Rice. “There was never a dry eye in the house as we clasped hands with each other and the senior members around us.”

For the students who participate in the Tour Choir, it’s not about the extraordinary trips and the ability to perform for people all over the world. It’s about sharing remarkable moments with a tight-knit group of people.

“The thing that makes Spivey Children’s Choir tours so great isn't the places we go or the things we see. It's the people we get to experience it with,” Wendelburg says.