A Home and a Legacy

In 2015, Rickita Burney’s beloved grandfather had passed away. But before he died, she told him her goal was to give her children a home of their own.

That promise came to fruition a year later when Burney and her two children opened the doors to their new home thanks to Habitat for Humanity Southern Crescent and the Warrick Dunn Foundation.

“I still come home and just say thank you,” she says. “We are blessed beyond measure. This is our home and no one can take this away from us.”

Burney, a sophomore legal studies major, underwent a comprehensive process to earn her home, including taking financial classes, volunteering at Habitat and helping to build parts of her home.

The educational experience coupled with the physical labor made getting a home more valuable, Burney says. 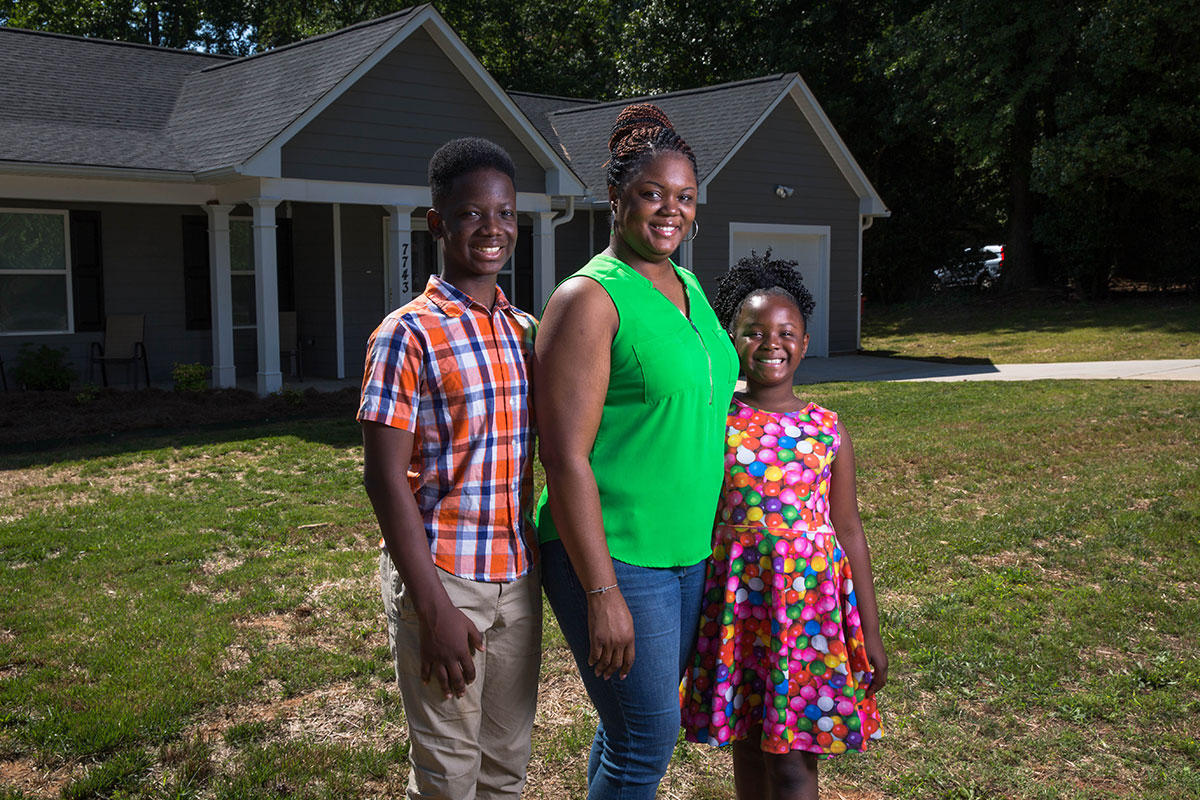 “Working with Habitat Southern Crescent, it’s a hand up, not a hand out,” she says. “Partner families put in blood, sweat and tears. I’m building something for the next generation, something to leave for my kids as a legacy.”

In achieving her goals for homeownership, Burney did not go at it alone. In addition to the support from Habitat and the Warrick Dunn Foundation, Clayton State University helped Burney make her dream real.

Students gathered in August of 2016 during Laker Service Day hosted by Campus Life to help build the walls of Burney’s home. The event was part of freshman and first-year student activities at the beginning of the school year.

“I like volunteering and seeing things get done,” said Thomas Wragg, a sophomore studying supply chain management in the College of Business. “This is a humbling experience. I’m more fortunate, so I want to use whatever I have to help others.”

Ciara Dunn ‘17, Clayton State alumna and a program coordinator at Habitat for Humanity, said owning a home makes a big difference in the lives of children. 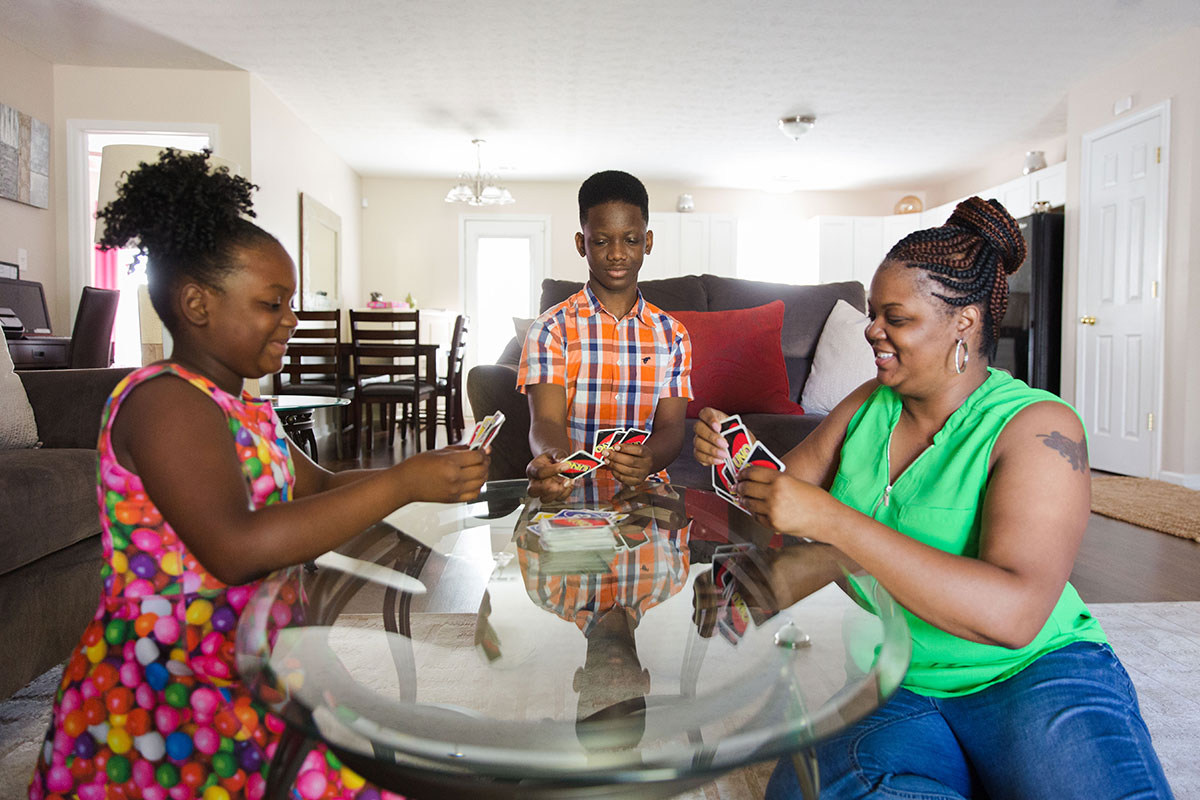 “I still come home and just say thank you,” she says. “We are blessed beyond measure. This is our home and no one can take this away from us.”

“Statistics show that when kids are in a stable neighborhood their test scores are higher,” Dunn said. “It’s a big role to be a part of that and take pride in building a home and helping someone out.”

Burney said it was exciting to see students take ownership in the project, especially knowing that they were helping a member of the Laker family.

“Knowing that they were helping a fellow student, it kind of like amped them up,” she recalls.

Dr. Kemuel Kimbrough, the former Habitat for Humanity Southern Crescent CEO and a social sciences professor at Clayton State, said in his few interactions with Burney during the process, he sensed her focus and determination.

“Like many Habitat partner families, her life's journey was very touching and her goals were laudable. While volunteering, she often talked of looking forward to sitting across from me at the closing table, when she would become a homeowner,” he says. “Ultimately, we finished the home, and Rickita and I sat at the closing table together.”

Dr. Kimbrough says that through the partnership between Habitat and the Warrick Dunn Foundation, Burney and her children were afforded the opportunity to gain an energy-efficient home, a reasonable mortgage and, more importantly, the ability to build a strong financial foundation for her family.

Since moving into her home last November, Burney has found that she has more quiet time for herself. Her kids have been able to run around and play in the yard, and she’s enjoyed entertaining family and grilling.

Christmas turned out to be a blast when she hosted a pajama party with her family to play games and watch movies.

“My grandmother blessed the house,” Burney says. “She was so excited for her grandkids and great-grandkids.”

Burney says the Warrick Dunn Foundation team continues to check in on her, and she has taken several of their workshops, including one for retirement and financial planning, and another on healthy eating.

As for the future, Burney looks forward to finishing school and working in the court system. She also wants to see her children do well in school. And she hopes to get married again.

For now, Burney is just happy that she was able to tick one thing off her list of life goals and fulfill a promise to her grandfather.

“I can still hear him telling me what to do and what not do,” she says. “He may not be here physically, but he is here spiritually.”