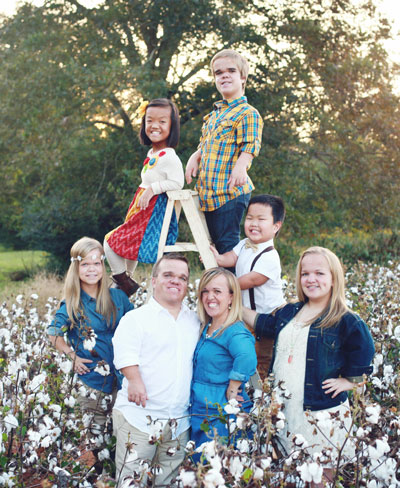 Grounded, creative, and most importantly, adaptive are the three best words to describe Trent Johnston and his humble family whom are the largest known family with achondroplasia dwarfism. Trent and Amber Johnston, along with their five children, have a wildly popular reality television show on the TLC network known as The Seven Little Johnston’s, which is entering into its third season this year. Trent also serves as Clayton State’s Assistant Director for Landscape Management. Trent, a very humble and family centric man, has worked for state institutions for 16 years now and recently came to Clayton State. He hasn’t let the fame of the TLC show change his core values nor how he and his family live life.

“We raise our kids to live in the world, not to live at home…in the world around us - when you walk out there…it’s not built for you. We live by the mantra to use your resources, to think creatively and be personable,” says Trent.

Trent and Amber Johnston have two biological children, Jonah and Elizabeth. After having two of their own, they sought to expand their family and adopted Alex from Seoul, South Korea; Anna from Siberia, Russia; and Emma from China.

All 5 children have the same form of dwarfism as their parents, which is a genetic disorder of bone growth.

Trent and Amber both grew up in homes that were not adapted to their stature and feel strongly that it helped them to grow into strong, well adapted individuals.

Even with endless options to modify their home to be more accessible as they renovate their fixer upper, they have plans to remodel their home at standard heights doing almost all the work by themselves.

The Johnston family navigate the world around them using creative methods to meet their needs.

When the children were younger, Trent used mini-blind wands to help the children be able to flip light switches easier. Now, the kids often help Amber in the grocery store by climbing in the shopping cart to reach higher items. They also use stools throughout the house to aide reaching the counter.

While pedal extenders for automobiles are commercially available to adapt the gas and brake pedals for someone of smaller stature, Trent prefers to make his own. Even as his eldest child began learning to drive this past year, he took the time to create Jonah’s pedal extenders. 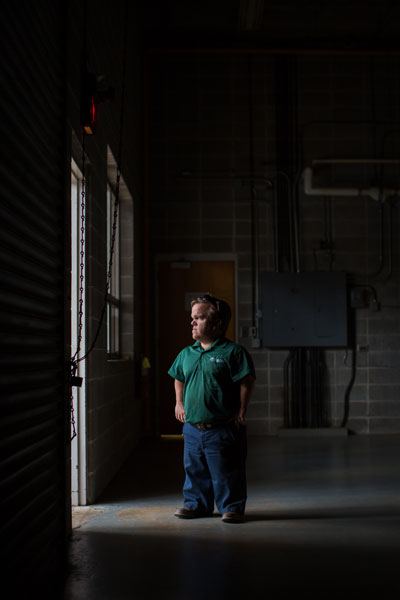 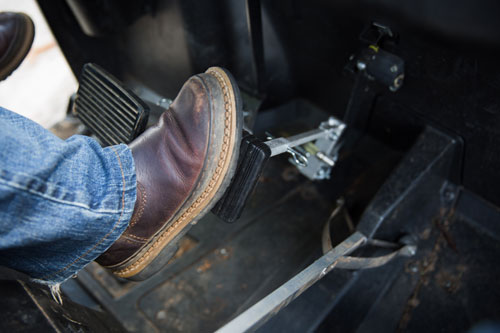 “While pedal extenders for automobiles are commercially available to adapt the gas and brake pedals for someone of smaller stature, Trent prefers to make his own."

“We try not to be helicopter parents. We really want the kids to work out their problems themselves. If it’s trying to reach something in a high cabinet and they come to me and say I can’t get it, I always say, if you want something bad enough, you will figure it out. The kids have learned to grab a mop or a spatula to reach things. They are learning to adapt,” says Trent.

The parents have started guiding their children down their future career and educational paths by helping them channel their interests.

“There is nothing in this world that is free…you have to study and learn that material to make those grades…do the work to earn the money. I call it tough love sometimes, but it’s lessons the kids need to learn. Like every parent, we want best for our children,” says Trent.

Trent says it’s not only tough love, but also truly the love they have for each other and their children that is absolutely evident in every episode of their show. He says they simply keep it real with no script.

Their show is built around what is actually happening in their lives. We live by the mantra to use your resources, to think creatively and be personable.

One observation that is clear, the Johnston family leaves a lasting impression that positively impacts the little people’s community. A real family with strong values.

“I tell people, we are going to get stared at because we are different…we are abnormal to society. We know adults and kids are going to stare so we take pride in what we look like and how we present ourself. It’s very important to us that we leave a positive impression.

I tell the kids, it doesn’t matter where you go or who you meet….you will be remembered. We need to leave a positive impact on the people we meet partly because we represent the little people’s community. Our show is a tool and personal experience for us. It’s entertainment for viewers, but it is also an educational opportunity,” says Trent.