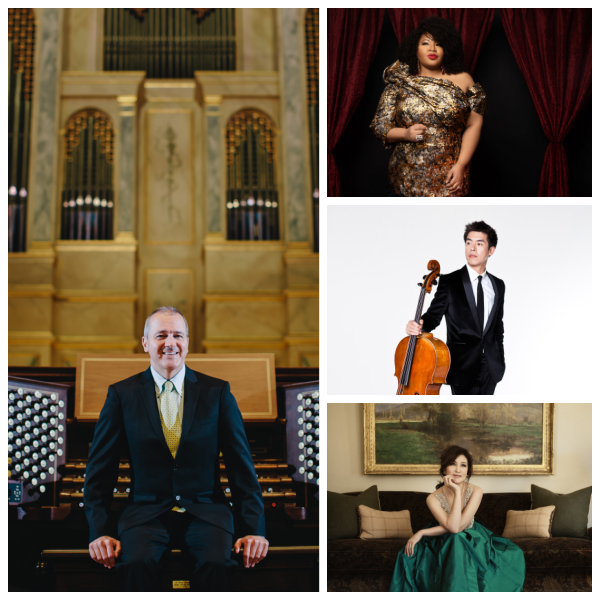 Pre-concert Talk with Alan Morrison on stage at 2:15 PM.

Musical collaborations are central to his concert career. “Great organists,” maintains Philadelphia’s Broad Street Review, ‘impress us with virtues like flair, sensitivity and their grasp of musical structure. Alan Morrison fits the description. In every piece, Morrison kept his instrument under restrained, precisely calculated control, so that he and the other musicians created a perfectly balanced blend.”