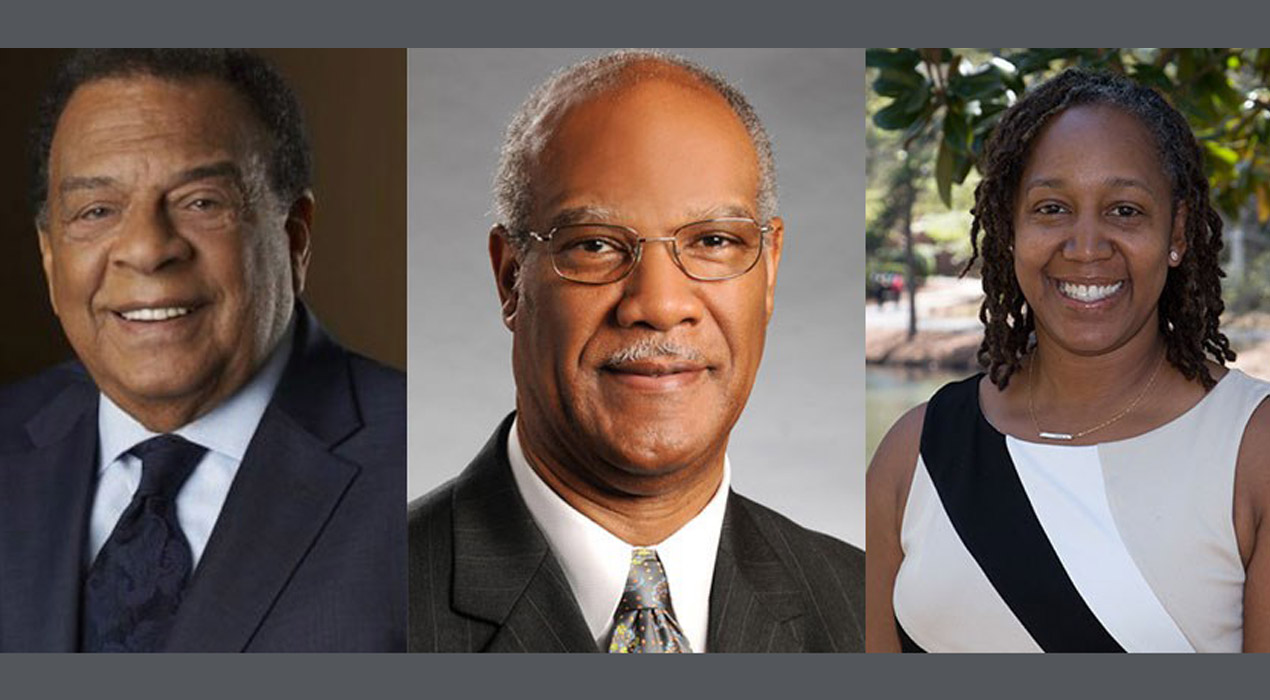 Young has had an illustrious career as a trailblazer in fighting for civil and human rights, representing constituents in the halls of Congress, advocating for democracy as a diplomat for the United States, and ushering in a new era for the city of Atlanta as mayor.

By the 1980s, Young was elected to serve as mayor of Atlanta, where he expanded international investment in Atlanta attracting 1100 new businesses and $70 billion in investment, adding 1 million jobs to the region.

Smyre’s career began as a community organizer and director of the “War on Poverty” program in Columbus, to being elected to the General Assembly in 1974 as its youngest member at 26 years of age. He has since served on a number of legislative committees, garnering the moniker “Dean of the House of Representatives.”

He has also played a major role in national politics, having served as the first African-American chairman of the Democratic Party of Georgia, president of theNational Black Caucus of State Legislators, as well as a member of the Assembly on State Issues of the National Conference of State Legislators.

Smyre will serve as the commencement speaker for College of Arts & Sciences students attending the 9 a.m. ceremony. He will be followed by Young, who will speak to students from the College of Business, College of Health, and College of Information and Mathematical Sciences at the noon ceremony.

Dr. Celeste Walley-Jean, associate professor of psychology and dean of the School of Graduate Studies, will speak to graduate students on Friday, Dec. 7 during the commencement and hooding ceremony.

Dr. Walley-Jean is the associate professor of psychology and dean of the School of Graduate Studies at Clayton State University, will speak to graduate students on Friday, Dec. 7 during the commencement and hooding ceremony.

Dr. Walley-Jean is responsible for the strategic leadership of graduate programming at Clayton State. She has conducted published research on a number of topics including African-American College Students & Interpersonal Violence, African American Women & Anger, and Gender & Anger.

The University has also selected two student speakers to share their Clayton State experience during Saturday’s ceremonies. Nahtyka Jolly, an English major, and Jordan Gibbs, a business management major, will speak during commencement.