When Reda Rowell, former director of development and alumni relations, thinks back to her earliest meetings with Lon Carnes, she recalls a man that was the true definition of a southern gentleman.

“He was so gentlemanly,” Rowell fondly remembers of the former Jonesboro resident and longtime friend of Clayton State. “To me, he exemplified the golden rule—to treat others the way you want to be treated.”

So, it comes as no surprise that Carnes' passion for others led him to bestow a generous gift to Clayton State University to support student success. The university announced this past August that it had finalized a $5 million gift from the Carnes’ estate to create the Alma Karen Cousins & Maurine Cousins Carnes Endowment for Music.

Rowell says that Carnes established the endowment in 2002 to honor his mother and grandmother, as well as honor the community where his parents chose to make their home. 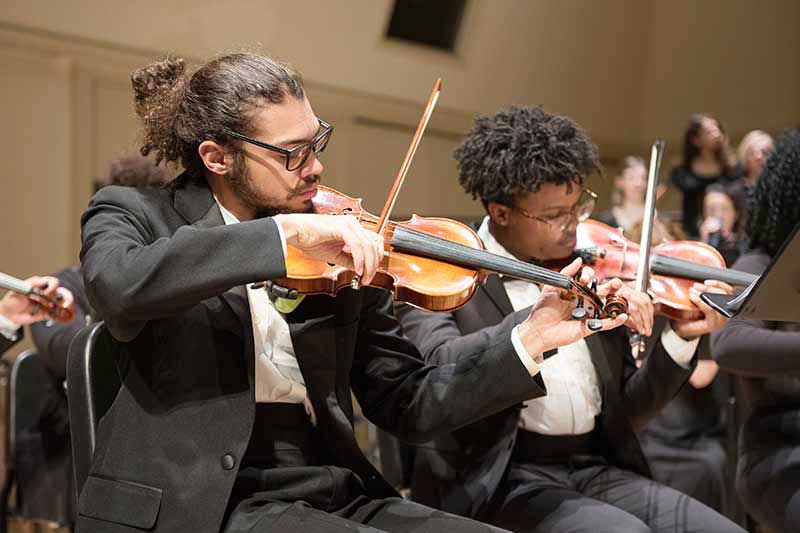 The endowment will enhance music education at the institution by awarding eligible students in Clayton State’s music program one of four $24,000 scholarships that would be divided over four years.

“His gift affirms the incredible possibilities of Legacy Gifts such as his. Individuals can influence the trajectory of many activities over time with support that continues long after donors depart,” said Dr. Tim Hynes, president of Clayton State University. “In this instance, Dr. Carnes created support in perpetuity for generations of music students, the faculty of those students, and the audiences with whom they will interact. And a gift of this size—the largest to date received by the university—reinforces the power that generosity like that of Dr. Carnes can have on learning at our institution.”

Born on May 16, 1932, Carnes grew up in Jonesboro, Georgia, and graduated from Jonesboro High School. He earned a business administration degree from the University of Georgia in 1954 before heading off to serve in the United States Army as a lieutenant. 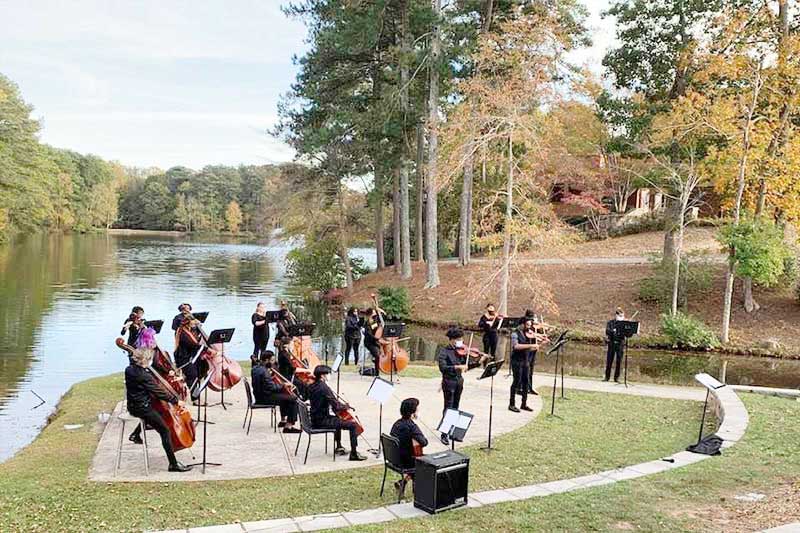 A few years later, he completed his service and began studies at Georgia State University’s business school, eventually earning his MBA in 1964 and DBA in 1967. In the same year he earned his doctorate, Carnes embarked on a 27-year tenure as professor and eventual chair of Georgia Southern University’s Parker College of Business.

Rowell says that Carnes made infrequent visits to Clayton State in his later years, his last being the time he met with university President Dr. Tim Hynes to sign documents to establish his endowment. 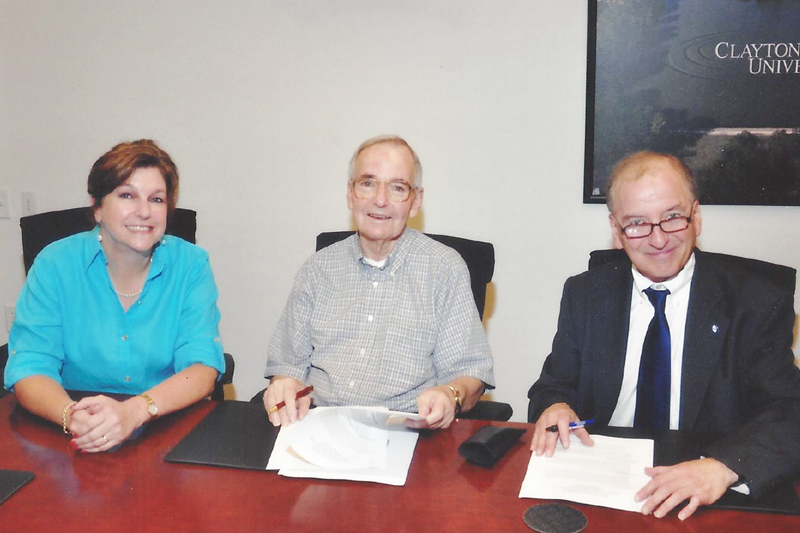 Still, Rowell says, Carnes expressed his passion for Spivey Hall and often inquired about Clayton State when she would make visits to his residence or gave him a call.

His love for music and the arts led Carnes to serve as a charter member of the Spivey Hall Friends, the donor group formally established in 2002. Rowell says that Carnes admired Emilie Spivey and her desire to create a beautiful performance venue on the southside of metro Atlanta to showcase classical music.

“He appreciated Mrs. Spivey and her foresight in putting Spivey Hall there. He felt that was such a special thing to have,” Rowell recalls. “And he wanted the music program to always be strong; and because Spivey Hall was so strong, he wanted students to learn, study and have a performance venue.”

The music building, located next to Spivey Hall, will be named the Carnes Hall for Music, prominently displaying his name and solidifying his legacy for generations. It’s an honor Rowell says would humble Carnes. 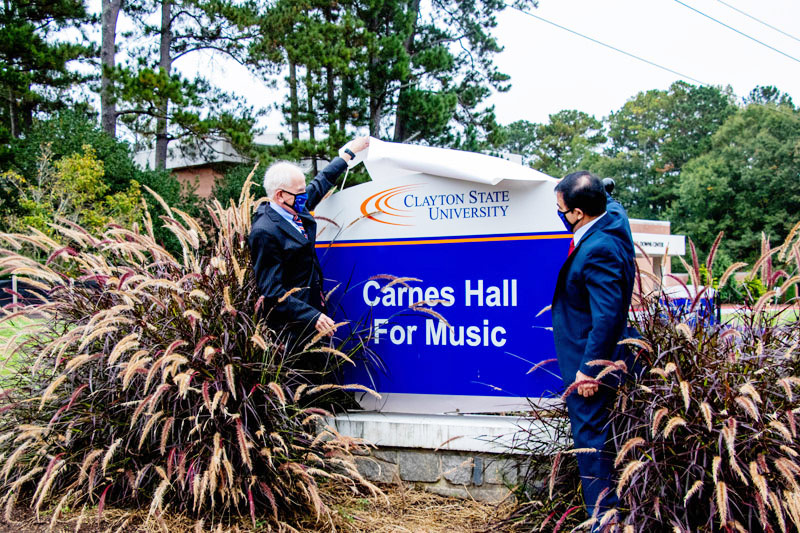